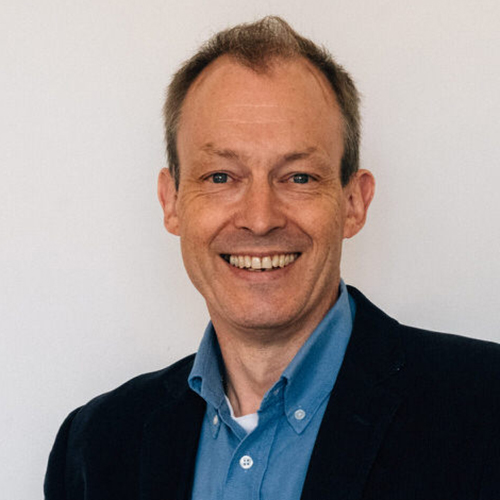 ‘In 2010, a few months after the death of my father, I took a redundancy package from Hewlett-Packard, bringing to an end an IT career spanning over two decades.

‘Starting as a graduate at British Aerospace, I was initially captivated by writing software, despite the personal computer being virtually unknown in the workplace at the time. We had one machine between 100 of us, and shared phones too!

‘Following several moves, I ended up at HP, managing a team of 18 staff spread across three continents, and owning a portfolio of 24/7 applications with tens of thousands of users around the globe. I transitioned from that to IT consulting activities, working with companies on-site and off-site in the UK and abroad. I now realise that all of these jobs had people at their core. After leaving IT I discovered that I was not a “geek”, just someone happy around technical things. If I did it all again, I’d probably choose a degree in psychology – technology of a different kind.

‘In 2017, after nearly eight years of running my own business facilitating and delivery workshops and coaching, I was invited to speak at the UK national conference of the Police Superintendents’ Association. I was given an hour to “provide something useful on resilience that delegates can take away and apply in their day job”.

‘Since then, I’ve travelled all over the UK and Ireland delivering workshops and keynote speeches to more than 600 police officers. My primary focus is now on working with people in the emergency services, enabling them to build more resilient lives for themselves and those they work with – in the hope that this will enable them to have more resilient families, neighbourhoods and communities.’